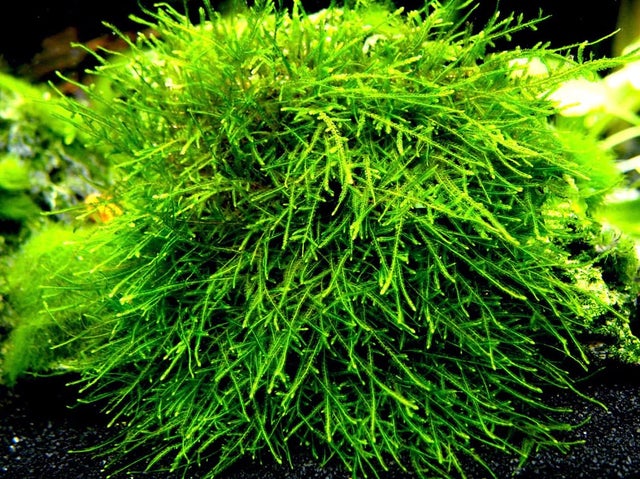 Spiky Moss grows medium green fronds with densely branched side shoots ending in a defined point. Its appearance is similar to Christmas Moss, but Spiky Moss grows larger fronds that are typically flattened, with a tendency to spread horizontally rather than upright.

Spiky Moss grows relatively quickly and is perfect for creating dense spreading midground bushes or attached to hardscape. It does not attach easily so cyanoacrylate gel superglue or cotton thread can be used to affix it to hardscape while it attaches itself.

Spiky Moss is a hardy moss requiring only low to medium lighting and temperatures ideally below 27°. Higher lighting will encourage growth to be more prostrate, whereas under low lighting Spiky Moss will develop a more upright growth pattern.